We chose Born Free due to the amazing work they do with lions, but also because of their history of working with wildlife artists and photographers from around the world.

Today, King is a four-year-old male lion living happily at our Big Cat Rescue Centre at Shamwari Private Game Reserve, South Africa, along with his companion, a lioness named Thea. But King had a the most shocking and cruel start to life.

In early 2018, distressing images were circulated on social media of a tiny lion cub being kicked and beaten by an unknown man in France. Horrified members of the public alerted the authorities, who immediately launched an investigation. Their inquiries led them to an abandoned apartment in a Paris suburb, and inside, they made a shocking discovery - a male cub, half-starved and cowering in a small, dirty cage. 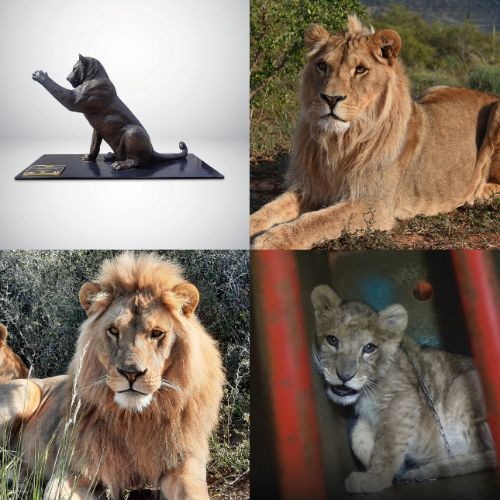 French animal rescue charities Fondation 30 Million d'Amis and Refuge de l'Arche sprang into action to treat the poor cub and found him a temporary home at Natuurhulpcentrum rescue centre (NHC), in Belgium. There, he was nursed back to health and named King.

At just a few months old, little King was an innocent victim of the illegal wildlife trade. His 'owner' was taken into custody on charges associated with illegally keeping a wild animal and animal abuse.

“Today King is confident, curious and observant. His relaxed approach to life is that of an animal at peace with nature.”

Thankfully, in July 2018, generous public support for our appeal to give King lifetime sanctuary in South Africa, meant we were able to take King to his forever home. Here, in Africa, he has grown into a handsome young adult, who spends his days basking in the sun with affectionate companion Thea - also rescued as a cub in France.

The pair only move to shelter under bushes when it gets very hot. King is in excellent health and growing well - his mane is a sight to behold! 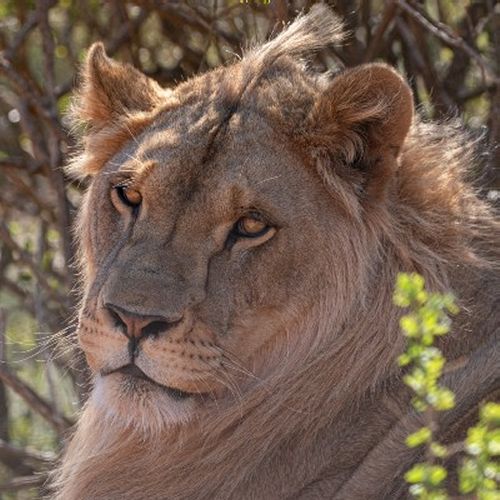 Today King is confident, curious and observant. His relaxed approach to life is that of an animal at peace with nature. What a contrast to the terrified cub found cowering in a small dirty cage.

We proudly rescue individual animals that have either been kept as pets or captured from the wild and provide them with a high standard of lifetime care in sanctuaries or - where possible - return them to life in the wild.

Together we can secure a forever future for lions. Please donate today.